Installing Node-RED as a Windows Service

In this post I am going to cover installing, configuring and running Node-REDas a Windows service. Node-RED is a programming tool for wiring together hardware devices, APIs and online services in new and interesting ways, and is especially useful for home automation through IoT. There is a lot to cover, so let’s dive right in.

Installation is pretty straight forward and requires only 2 simple steps, more detailed installation notes are available on the official Node-RED site should you need them.

The first thing you will need is any stable version of node.js installed. At the time of writing this article v6.10.3 was the latest stable build.

Once node.js is installed, open a command window and enter in the following command to install Node-RED.

That’s it Node-RED is installed and ready to be used, to launch it run “node-red” from the same command line. 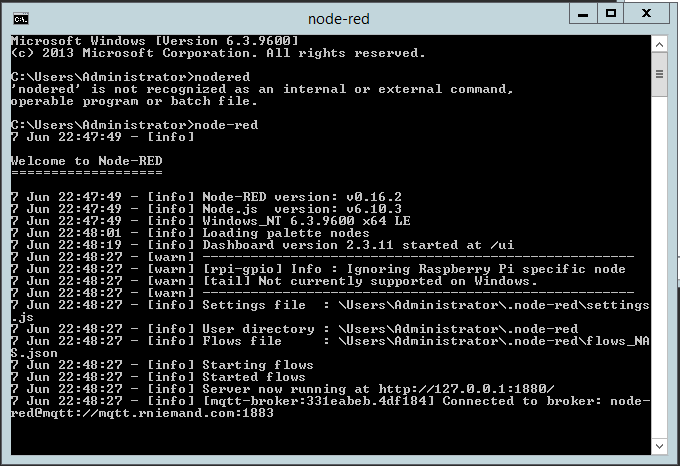 It is a good idea to secure your Node-RED installation with an username and password, especially if you would like it to be public facing. To secure Node-RED you will need to modify your settings.js file which is located in your users directory, in my case this is:

Locate the adminAuth section in the file and uncomment it. You will notice that there is a password property with a hashed password value assigned to it, we are going to need to generate a new hash for your password to replace it with. The Node-RED creators provide a tool for doing just this, and can be installed and run using the following console commands:

You will be prompted for your password 2 times and after the second time the node-red-admin tool will print out a hash value. The output value needs to find its way back into your settings.js file.

You will also need to modify the userDir property and hard-code its value to your .node-red folder. You need to specify the full path to the directory because when running Node-RED as a service the working directory may differ breaking any relative paths you may have defined. In my case I set userDir to the following:

Save and close the settings file.

You will need to download a tool called NSSM in order to run Node-RED as a service - I covered NSSM in more detail in this post, however for now, all you need to do is download the latest version (nssm 2.24-101-g897c7ad) and copy either the 32-bit or 64-bit executable to any folder on your computer.

In a command line, navigate to the folder containing nssm.exe and run the following command:

This will present you with a dialog box similar to the one below. 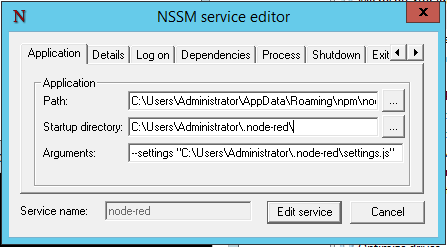 On the Application tab enter in the below values, making sure that you adjust the paths where necessary.

On the Details tab, give the service a name and set its startup type to Automatic (Delayed Start) - this will ensure that Node-RED starts with Windows, but only once your computer has had some time to settle.

Should you run into any problems starting your new Node-RED service (like stopping immediately after starting it) you can follow the below steps to make identifying the issue a lot easier.

Navigate to the folder where you place the nssm.exe executable and run the following command.

This will present you with an edit screen like the one shown below. 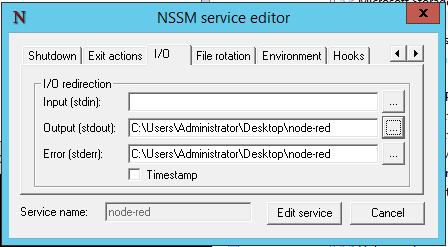 If you navigate to the I/O tab you will see options for stdin, stdout and stderror streams. These are used mainly on *NIX based systems, but node.js provides some implementation of them and so does nssm. If you provide a path to a .txt file like shown above (although I forgot to add the extension), save and restart your Node-RED service, the files will be created and any console output from Node-RED will be redirected to the file specified, e.g.:

Hopefully Node-RED will provide you with some reason for failure in this file that will make troubleshooting a lot easier.

Please do not forget to run nssm edit node-red again once you have resolved your issue, and remove these values.

Node-RED is an amazing tool, and opens up a ton of possibilities through a simple drag and drop UI. There is a lot more to Node-RED that initially meets the eye, and coupled with something like MQTT gives you so much more power.

Below is the controller flow, and UI designed with Node-RED to control a MP3 player board via an ESP8266 (post coming soon) 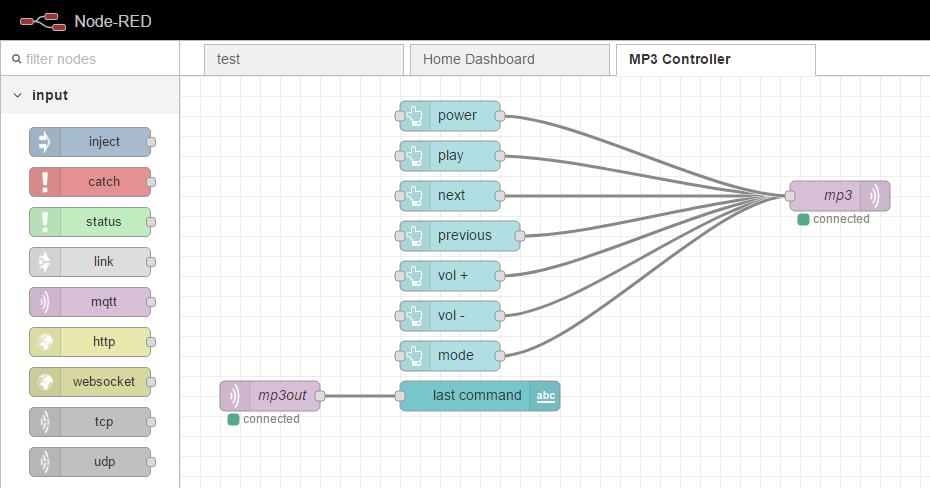 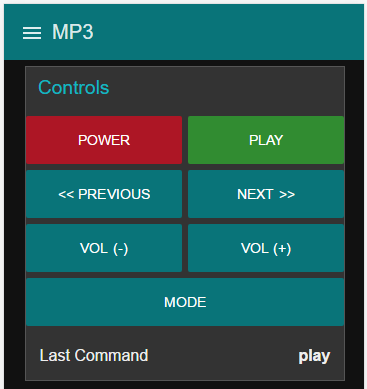 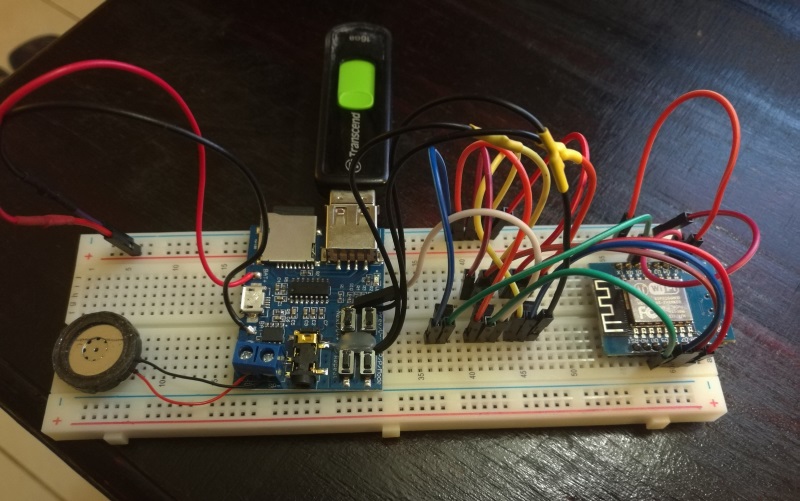 I have been watching a lot of videos about home automation lately and found that Home Assistant (HASS) seems to be the most popular choice when it comes to consolidating all of your IoT enabled dev...

In this post I will cover some simple steps on how to get Home Assistant as a service on windows. I will be making use of a nifty utility called nssm (the Non-Sucking Service Manager) which lives u...

I have been using Home Assistant for about a week and already there is a new version of the software available. From what I can make out the project is extremely active with a fortnightly release c...

Running Mosquitto as a Windows Service