In this post I will cover how I built my lounge clock using ESPHome, Home Assistant, MQTT and a whole lot of other technologies, I think that the end result looks pretty good for my first attempt: 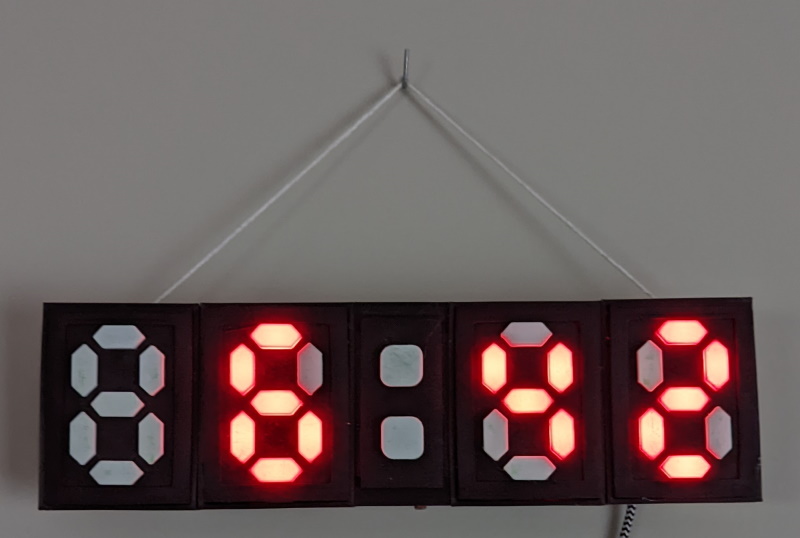 The following tools \ materials are required should you want to make your own:

Using Easy EDA I was able to come up with the following circuit board: 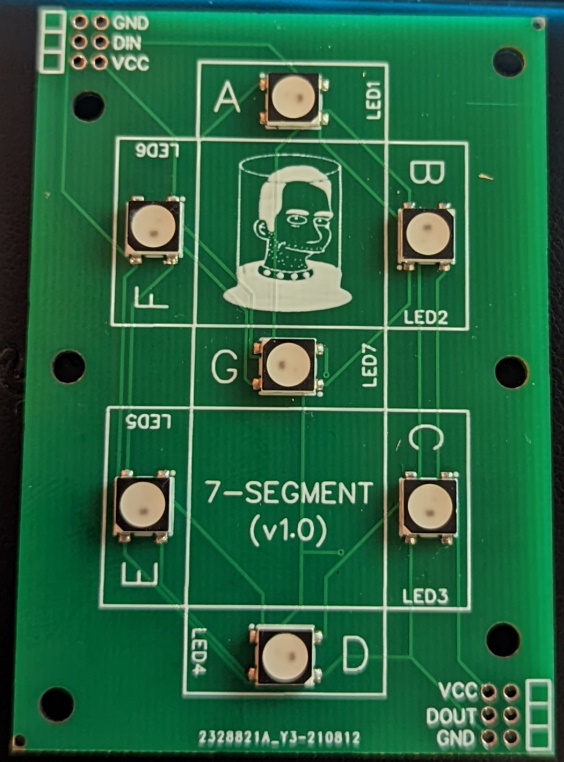 It’s a pretty simple board that makes use of some WS2812b SMD LEDS wired in the traditional 7-segment pattern: 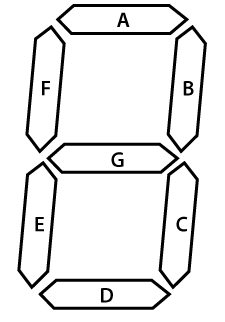 For fabrication I made use of JLCPCB and their pick and place service, all in 10 boards assembled cost me $27.00 (not too bad!).

I have made the Gerber files available here if you would like to make your own.

There is a LOT of 3D printing required for this project, namely:

The assembly is pretty straight forward (like Lego for adults) and I left enough space to route all the required wires through the risers to give the clock a neater look - although I do not know what happened to mine!

I would put aside ~18 hours for all the printing to be completed (depending on your printing profile).

Unfortunately I did not take any pictures of the assembly process, however it is pretty easy.

Each 7-Segment board has a DIN (Digital In) and DOUT (Digital Out) solder point, which need to be daisy chained from one board to another.

On the PCB all the GND points are all connected together, along with the VCC points to make routing power a lot easier. When connecting the boards you just need to follow this pattern if you are using the source code I provide.

Where the following is true:

The entire assemby should be mounted onto a backing board (using the stencil to make the appropriate holes), and the additional components should be connected to the ESP8266 similar to the diagram below: 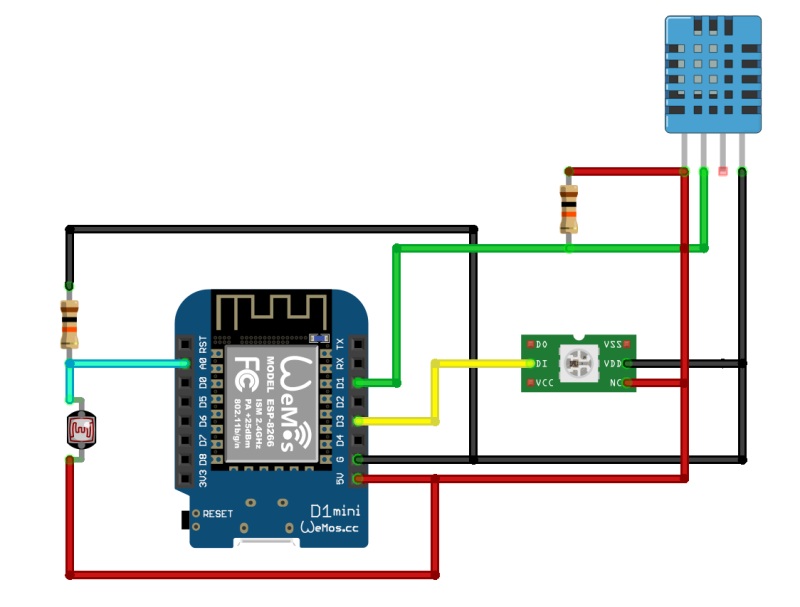 NOTE the single LED represents all the PCBs

Like most DIY projects it may not be pretty, but it works!

FYI: the yellow tape on the spacers are to stop the plastic rubbing on my walls

The source code use for my clock is an adaptation of the code found here and I take no credit for the original code, only the modifications to it - thestovedoc deserves the credit!

The modified code can be found here and requires that you either replace the !secret ... placeholders, or inline them into the code before uploading it to the ESP8266.

As mentioned above the 7-Segment PCB’s follow the standard layout (A, B, C, D, E, F, G) to make defining numbers a lot easier.

Below is the number range used in this project as an example:

Setting everything up in Home Assistant is pretty simple once you have flashed the firmware to your ESP8266 using the ESPHome:

To allow for easier control of the clock I added the following card to my dashboard: 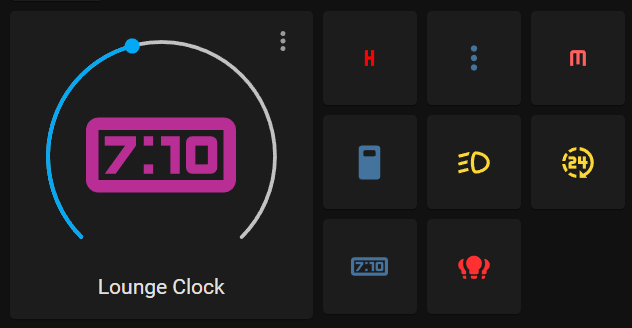 It’s not that pretty, but it gets the job done!

The backing code is shown below:

In addition to displaying the time, the clock also collects and submits the following data: 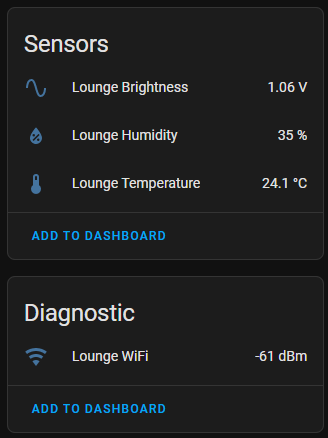 This data can be used in your home automations, some examples that spring to mind:

This was a fun project to work on, and allowed me to mess around with things like:

I found this to be a good starter project for taking my Home Assistant & fabrication to the next level.

As always, please feel free to leave any comments \ suggestions below.

Over the top Door Monitoring (RF, Node-RED and HASS)

I work out of the basement at home and often don’t hear when my wife gets back from work or my daughter gets back from school. I wanted a way to be notified when either the front door (or back door...

After discovering the joys and simplicity of using MQTT on IoT enabled devices such as an NodeMCU ESP8266 I decided I wanted to host my own local (and with the right configuration public) instance ...

Running Mosquitto as a Windows Service

In my last post I ran over the required steps to get mosquitto up and running on a Windows environment. Now somewhere during my initial install I managed to break the Mosquitto Broker service that ...